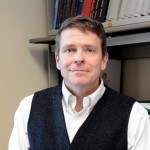 In August of 2013 the American West Center launched a new project focused on creating a comprehensive oral history collection that documents human engagement with Great Salt Lake. The interviews tell the stories of a broad spectrum of user groups and stakeholders including people engaged in scientific research, government/land management, recreation, art, industry, and conservation. The final collection, projected to include over one hundred interviews, will bring a humanities perspective to research on the lake and remain a valuable public and scholarly resource for generations to come. American West Center director Greg Smoak will discuss the status of the project, the process of collecting an oral history, and future plans.

Gregory E. Smoak, Director of the American West Center and Associate Professor of History at the University of Utah, specializes in American Indian, American Western, Environmental, and Public History. He has taught at Colorado State University and the University of Minnesota. The University of California Press published his book Ghost Dances and Identity: American Indian Ethnicity, Racial Identity, and Prophetic Religion in 2006. In addition to his ongoing oral history projects He is currently working on an environmental history of Little Bighorn Battlefield National Monument under a contract with the National Park service.