The first report, “Consequences of Drying Lakes Around the World,” examines eight lakes with similar characteristics to Great Salt Lake. It found that drying lakes result in billions of dollars of economic losses, require extensive mitigation efforts and pose severe threats to human health and the environment.

The second report “Assessment of Potential Costs of Declining Water Levels in Great Salt Lake,” synthesizes information from scientific literature, agency reports, informational interviews, and other sources to detail how and to what extent costs could occur at sustained lower lake levels.

In response to an observed long-term decline in Great Salt Lake water levels, in 2017, GSLAC, in cooperation with SWCA Environmental Consultants, compiled a list of potential strategies to increase or maintain water delivery to Great Salt Lake. Strategies were solicited and submitted anonymously or without attribution. This document is intended to facilitate a discussion of potential strategies to maintain or increase the surface elevation of Great Salt Lake. The list is not exhaustive, but reflects an attempt to compile a wide range of strategic options. No ranking or prioritization was completed as part of the compilation process. Inclusion in this document does not constitute an endorsement of any individual strategy by GSLAC or its members. These strategies are ongoing topics of discussion for GSLAC.

During 2011, the Great Salt Lake Advisory Council commissioned two reports to provide information that will aide the council in advising the Utah administrative and legislative bodies on the sustainable use, protection, and development of the Great Salt Lake.

The two major reports and the name of the contractor that led the effort were:

Final Reports were submitted to the Council at the January, 2012 Work Meetings. Please click on the links below to view the fact sheets and final reports: 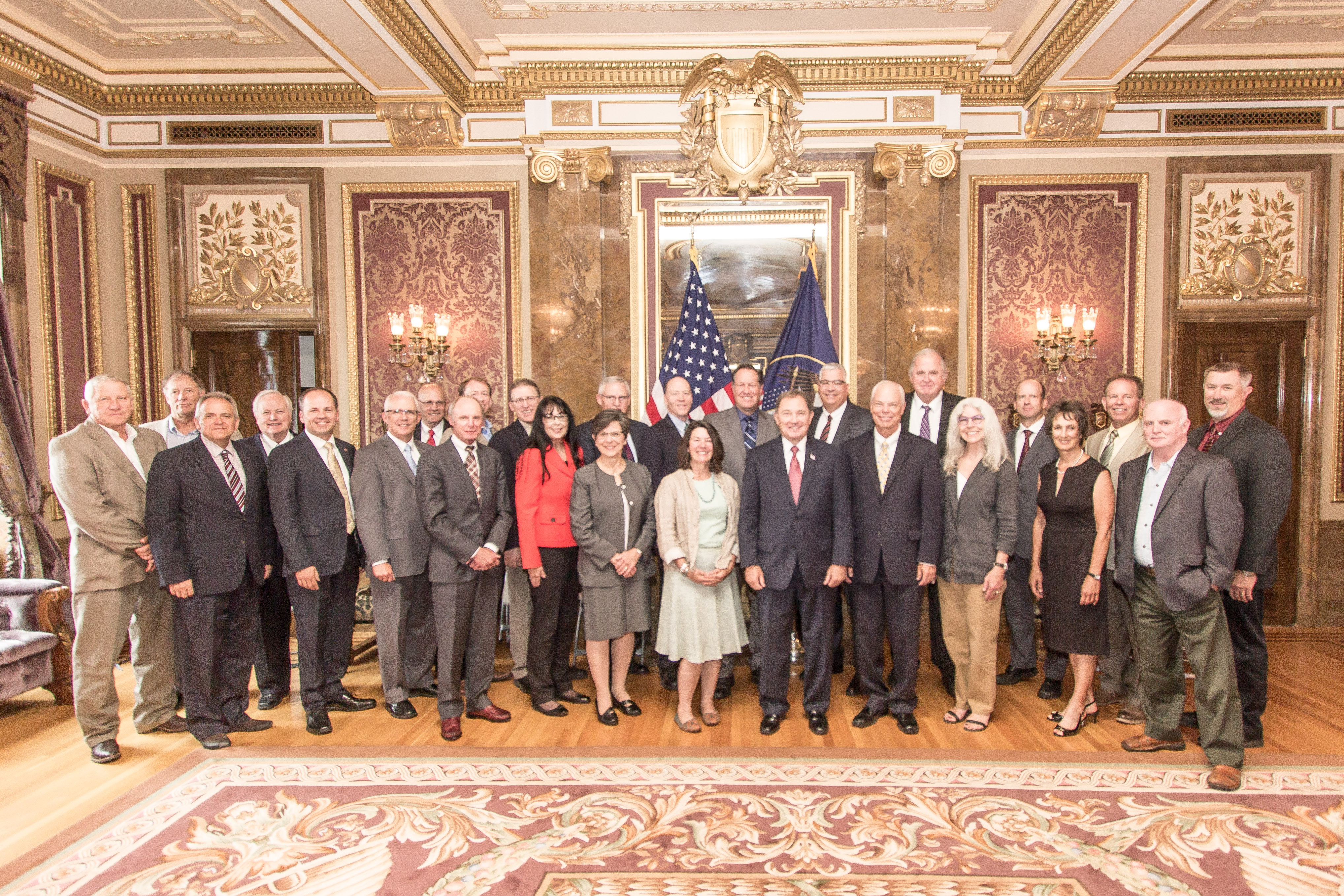 “We’re talking about the need to be nimble and adaptive, practical and proactive in our approach. We need to evaluate the future of water planning and its relevance to land use and economic planning so that it’s cohesive and resilient in the scheme of sustainability thinking for Utah’s population and our precious natural systems that includes Great Salt Lake.”

With an eye on the projected doubling of Utah’s population by 2060 and how to reconcile this with managing the state’s water resources, in 2013 Governor Herbert initiated a 50-Year State Water Strategy. The strategy is supposed to “define priorities, inform water policy, and chart a path to maintaining and constructing needed infrastructure without breaking the bank or drying up our streams.”

Forty one of members of the Advisory Team, including FRIENDS of Great Salt Lake Executive Director Lynn DeFreitas, were tasked by the Governor to “(1) solicit and evaluate potential water management strategies; (2) frame various water management options and implications of those options for public feedback; and (3) based on broad input develop a set of recommended strategies and ideas to be considered a part of the 50-yr water plan.”

The Recommended State Water Strategy is the result of respectful and robust debate among team members working in small groups to identify the issues and recommendations that support the policy questions in the strategy.

A Legislative Audit to determine the reliability of the Utah Division of Water Resources data and assess the accuracy of its projections of water demand and supply to address projected water needs of Utah’s growing population by 2060 was released in May 2015. The audit lists a passel of things that need to be addressed to provide a more accurate picture of Utah’s water supply and needs. It also indicates that any shortfall in the water supply by 2060 could be filled from current sources with agricultural water conversions and more efficient water use without the need to develop 200,000 acre feet/annually of Bear River water.

You can read the entire audit here.

The Bear River Commission is undertaking a 20 year review of the Bear River Compact. A public hearing is scheduled for Thursday, November 2, 2017 at 7:00 PM at the Utah Department of Natural Resources (1594 West North Temple, Salt Lake City).

In addition to the public hearing, the Commission encourages the public to provide written comments.  All written and e-mail comments must be received at the Commission’s office by 5:00 p.m. on Monday, December 4, 2017.

Will Utah Dam the Bear River?

Amid the wave of dams coming down across the nation, several places are bucking the trend. New dams have been proposed in California, Colorado, Utah and other Western states. The motivations behind the projects are complex, but in some cases the same fears drive dam defenders and detractors alike: a drier future and rising populations.

Utah is seeking additional water sources to address its growth. There, legislators decreed in 1991 that the Bear River, the Great Salt Lake’s largest tributary, should host a water development project. Two and a half decades later, scientists, policy experts, environmentalists, residents and water managers are still grappling with whether or not — and how — to move forward with damming the Bear.

The answers they come to will have consequences for the $1.3 billion generated each year by industries reliant on the Great Salt Lake. The lake’s ecology, its wetlands and the millions of migratory birds that depend on it are also at risk — as is the health of the more than 2 million people who live nearby and could breathe in harmful dust from a drying lakebed. Caught between the dire costs of construction and the specter of dwindling water supplies, the Bear River diversion forces uncomfortable questions. Does it make sense to build a new dam project, decades after the heyday of big dams is over? How do you decide?

The new Great Salt Lake breach was opened on December 1 by the Union Pacific Railroad Company. This created a new opening between the north and the south arm of the Lake, allowing water to flow between the two sides.

This time-lapse video shows the breach opening, which took about two hours.

The USGS is monitoring discharge through the new breach in cooperation with Utah Department of Environmental Quality.

The USGS maintains a record of Great Salt Lake elevations dating back to 1847 and has continuously measured the elevation of the lake since 1938.

Photos of the breach were taken by Dr. Wayne Wurtsbaugh. 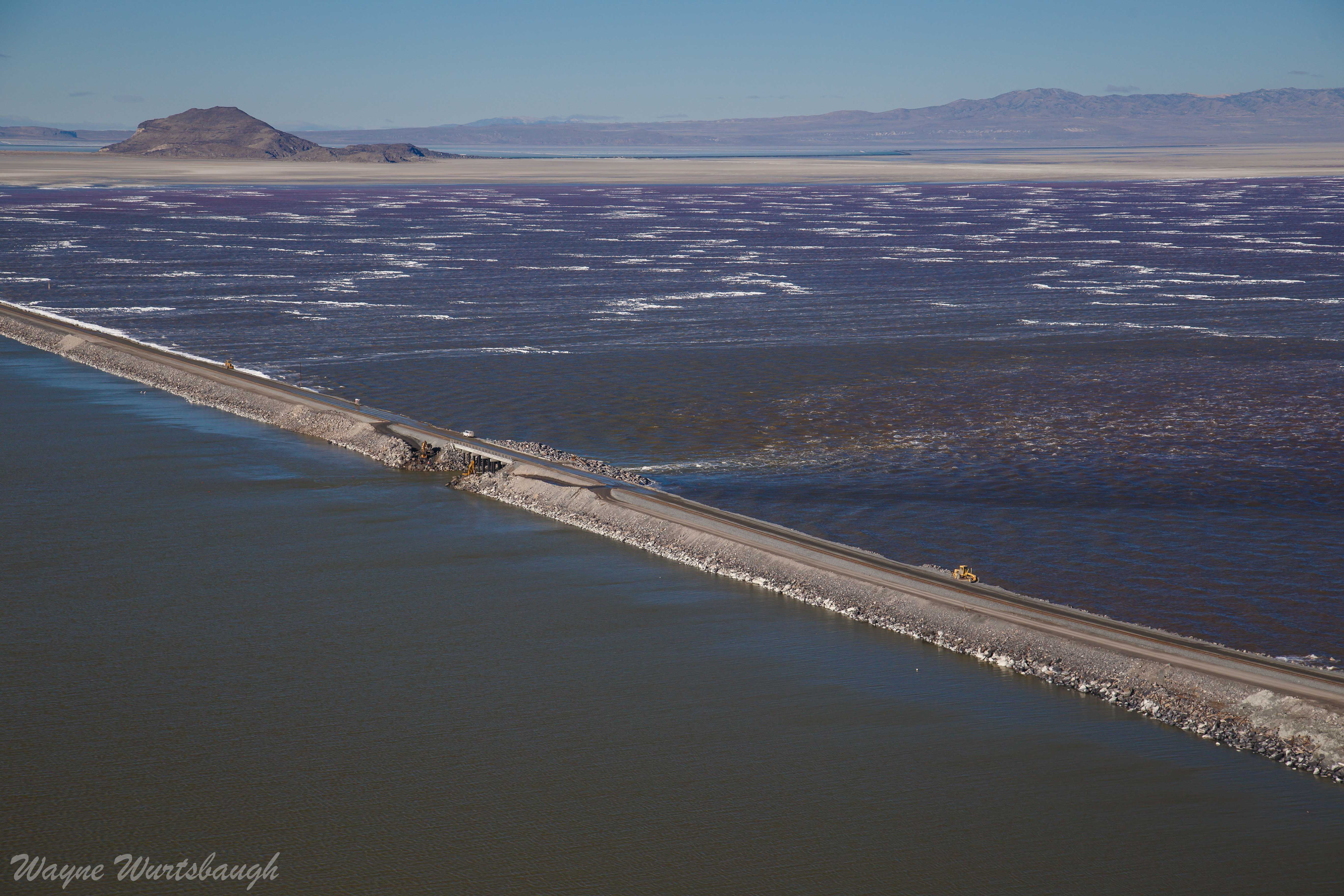 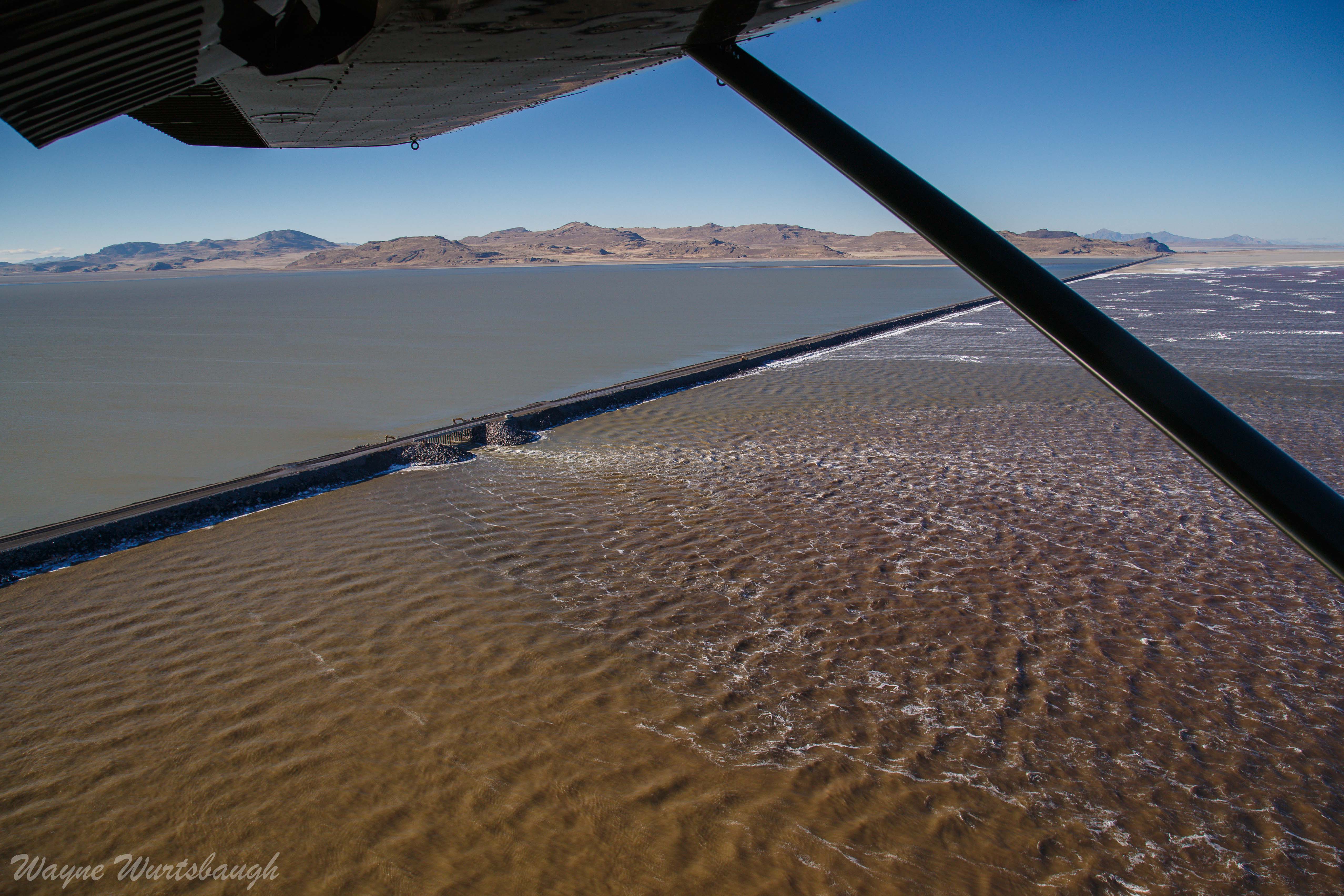 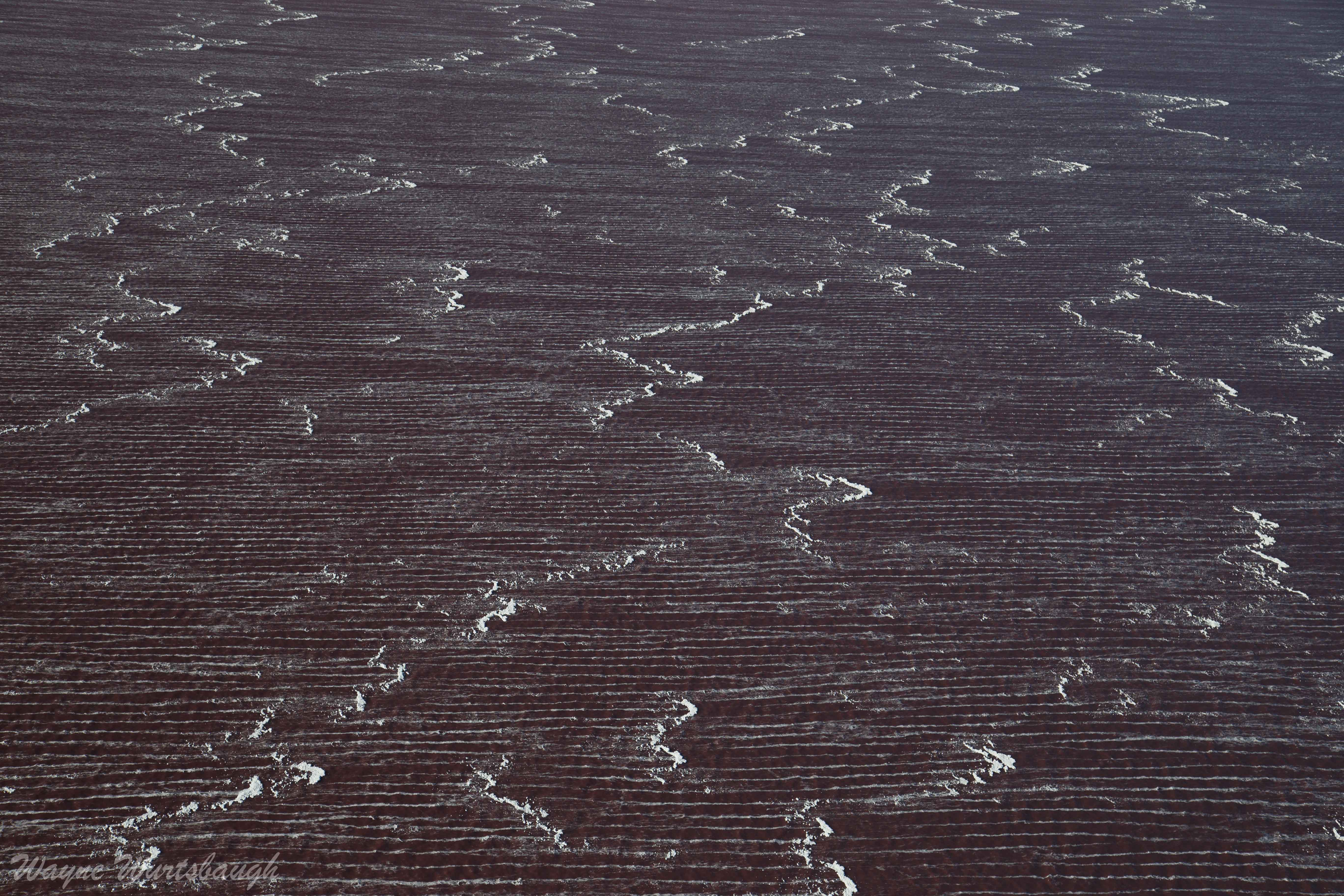