In November, a Delta Air Lines Boeing 767 carrying 223 passengers lifted off from Salt Lake City International Airport heading for Paris. But officials say six big tundra swans flew into it over the runway, crashing into its nose and engine covers.

No birds survived, and the airport’s chief says it was “a very, very close call” for the jumbo jet.

The birds “didn’t go straight into the engine, which is fortunate. Because at that elevation and that location, the potential for recovery is not great,” Bill Wyatt, executive director of the airport, told the Airport Advisory Board recently. The plane safely landed a few minutes later, and was grounded for inspection and repair.

The Federal Aviation Administration reported nearly 14,500 bird strikes nationally in 2017. Those numbers led the agency to propose drastically increasing the area where all major airports must work to keep wildlife away from planes, expanding it from two miles to five beyond airport boundaries. 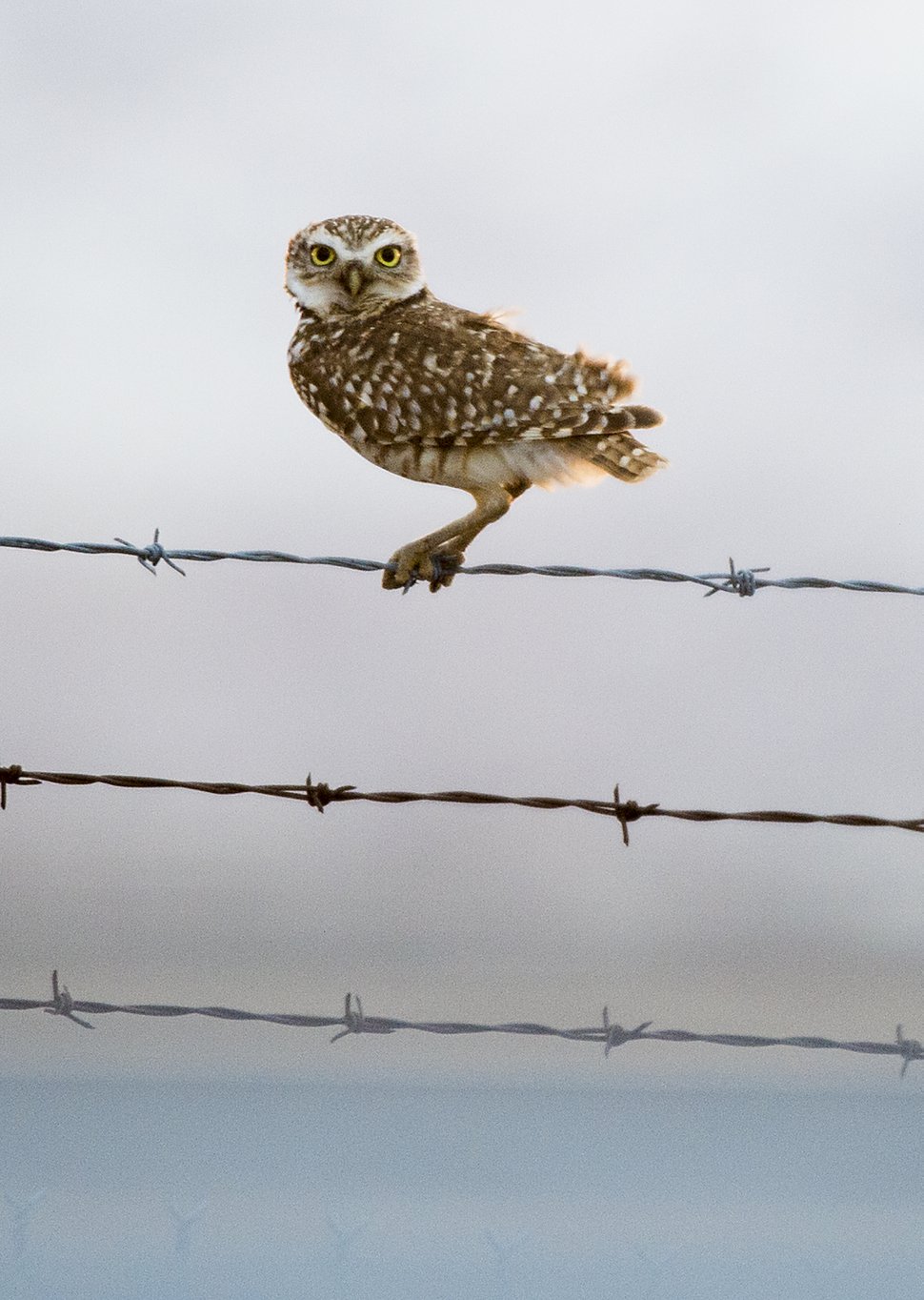 Leah Hogsten | The Salt Lake Tribune A Burrowing Owl rests on the fence surrounding the Salt Lake International Airport. The airport had 280 bird strikes in 2018. Most were minor, but overall they caused at least $674,892 in reported damage. There were 171 bird strikes with small song birds; 39 with waterfowl, 36 with raptors, 13 with bats and four with pigeons or doves. Another 17 strikes were with unknown types of birds.

The FAA may yank federal funding from airports and their sponsors — such as Salt Lake City — that do not do everything in their power to limit new developments that could attract birds and other wildlife, including denying building permits.

That proposed five-mile boundary includes much of Salt Lake City (to 1300 East on the east, plus all of its northwest quadrant out to the Kennecott tailings ponds).