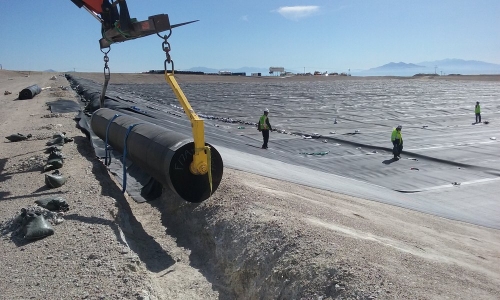 By Lynn de Freitas, Special to the Salt Lake Tribune

Imagine you’re a well-funded company from out of state and you purchase what you think will be a profitable multimillion-dollar business in Utah. You develop a business plan, invest lots of money and start construction. But as it turns out, the facility you want to operate can’t get a permit under state law. What to do?

While some might suggest you should have done your due diligence before spending millions of dollars, in today’s anything-goes political climate you might pull out your checkbook, hire a bunch of lobbyists and try to get the law changed. And that’s exactly what Promontory Point Resources (PPR), an out-of-state company with an office in Ogden, attempted to do.

About 2016, PPR bought property with an old landfill permit but no landfill. Several previous owners failed to get a landfill going on the property. Maybe these failures and the fact that the property was located at the tip of Promontory Point peninsula, surrounded on three sides by Great Salt Lake, should have given PPR a clue that this wasn’t a great idea. But PPR went ahead and built a landfill anyway.

Unfortunately, the unused permit for the property was a Class I permit, which meant PPR could only dispose of household waste from local communities. That wasn’t what PPR wanted, and the landfill has sat empty and profitless for over two years. What PPR really wants is to run a commercial Class V landfill that takes out-of-state waste, including California hazardous waste and coal ash from throughout the United States. Because that’s where the money is.

Maybe, because PPR isn’t from around here, it thought it could ignore the significance of Great Salt Lake. But because Class V landfills can bring other states’ garbage into Utah, state law requires companies to meet a few extra requirements – they have to show an actual need for the landfill and that it won’t harm the environment. Again – PPR’s landfill is right by Great Salt Lake.

PPR submitted what’s called a needs assessment and tries to demonstrate Utah really needs another commercial landfill and that it can be profitable so the state won’t be saddled with an unprofitable mess. PPR submitted the Needs Assessment – twice. And PPR failed to show a Class V landfill on Promontory is needed – twice. One reason is because Utah already has over 1,600 years’ of Class V storage – we really don’t need another dump for other states’ waste.

So, because it can’t meet the requirements of the law – requirements that protect Utah from becoming the nation’s dumping ground – PPR tries to change it. During 2019, PPR lobbyists managed to introduce legislation allowing all 24 Class I Utah landfills to convert to Class V landfills without satisfying the needs assessment, without any additional environmental requirements, and without approval by the Department of Environmental Quality as currently required by state law.