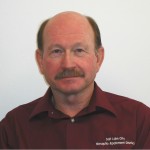 West Nile Virus (WNV) infection has been reported in over 300 species of birds and mammals. Raptors such as eagles, hawks and falcons are usually susceptible, but reports of WNV infection in bald eagles (Haliaeetus leucocephalus) are rare and reports of WNV infection in grebes (Podicipediformes) even rarer. WNV is an arbovirus and mosquitoes, especially Culex pipiens and Culex tarsalis, are the main enzootic transmission vector in birds in the Eastern and Western United States, respectively. 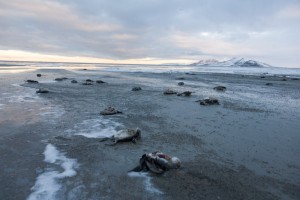 WNV cases typically begin soon after emergence of overwintering female mosquitoes and returning avian migrants such as American robin (Turdus migratorius) and American crows (Corvus brachyrhynchos), with cases peaking in late summer and autumn. WNV transmission typically ends in the temperate regions of the US as the mosquito vector enter quiescence or diapause. Here we report an unusually large wild bird mortality event involving between 10,000-20,000 eared grebes (Podiceps nigricollis) and 60 + bald eagles around the Great Salt Lake, Utah in November-December 2013

To the best of our knowledge, this is the largest single raptor mortality event since WNV became endemic in the USA. Because the majority of the eagles affected were found after onset of below-freezing temperatures, we suggest at least some of the bald eagles were infected with WNV via consumption of infected eared grebes or contaminated fomites at roost sites.

Dr. Dickson grew up in Pueblo Colorado. In 1969, he began his higher education at Colorado State University – Pueblo (formerly the University of Southern Colorado).  However, after just one year of college, he joined the Army. He was stationed at Fort Lewis, Washington, Fort Sam Houston, Texas and served a tour of duty as a medic in Vietnam. The day he was released from service he started back in college and received a B.S. degree in biology with medical school as his goal.  After graduation (1976) his interests changed to insects.  He attended Missouri Sate University – Springfield (formerly Southwest Missouri State University) and received a M.A. degree (1978) in biology for his research on the mosquitoes of Greene County, Missouri.  He and his wife then moved to Salt Lake City so that he could continue his research on mosquitoes under the direction of Dr. Lewis T. Nielsen at the University of Utah.  Dr. Dickson received his Ph.D. (1983) in Ecology and Evolution for his research work on a rare mosquito Aedes niphadopsis that only occurs in the Great Basin of the Western US.During his years at the University of Utah, Dr. Dickson spent his summers working as a seasonal employee for the Salt Lake City Mosquito Abatement District (SLCMAD).  After five summers as a seasonal employee and graduating from the University of Utah, he was hired as Assistant Manager of the SLCMAD.  In 1987, the SLCMAD manager of 35 years, Glen Collett, retired and Dr. Dickson was made manager of the District.  Dr. Dickson has been the manager of the District for 26 years.  During that time he has been the President of the following organizations: Utah Mosquito Abatement Association (1988 and 2008), West Central Mosquito & Vector Control Association (1993) and the American Mosquito Control Association (2001).  In 2012, he received the Medal of Honor Award from the AMCA. He has published more than 30 papers on various aspects of mosquito biology and control. 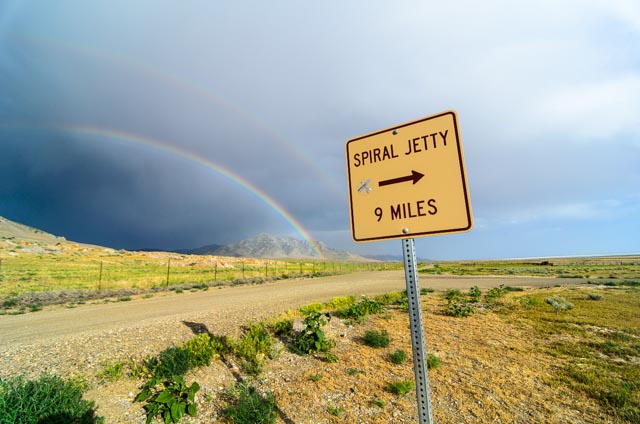 Signs You’re Near The Spiral Jetty by Charles Uibel